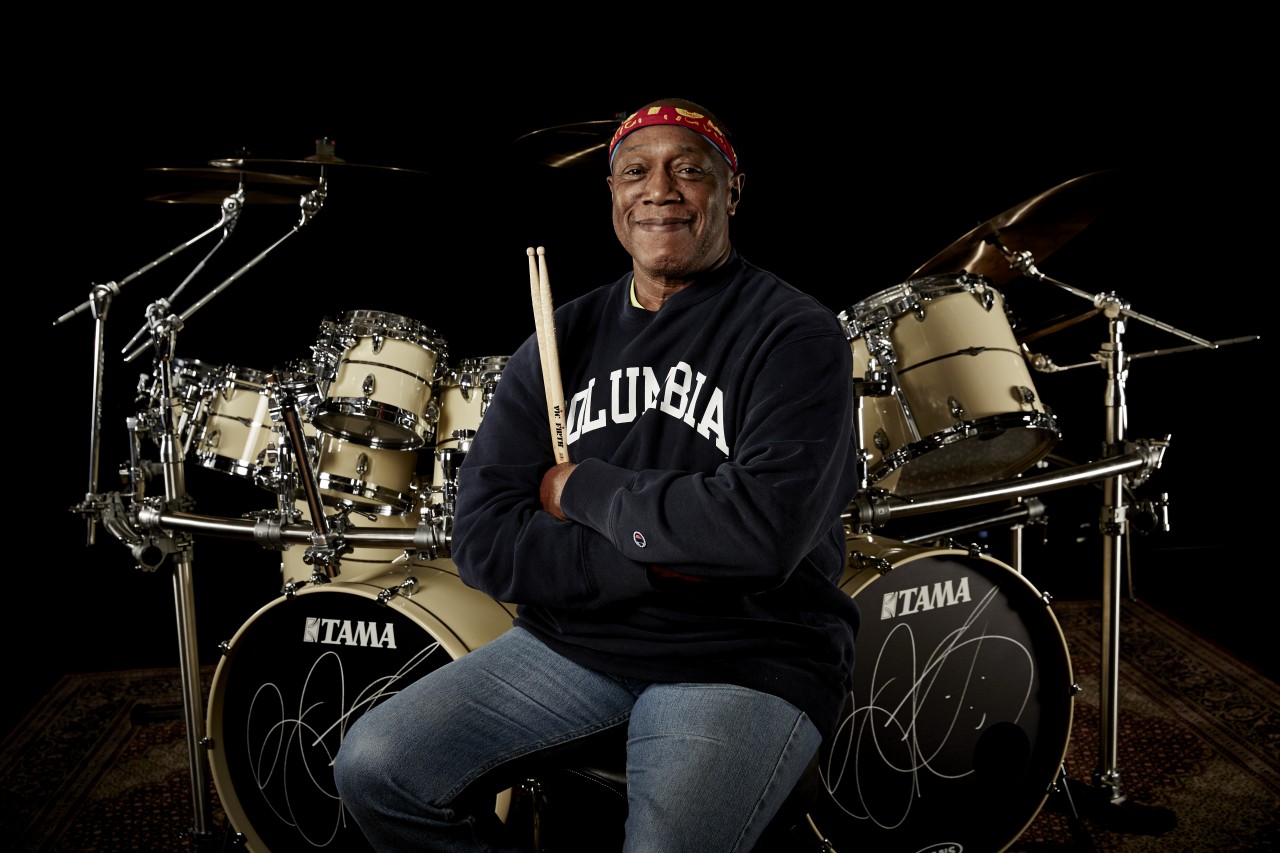 Ever since his breakthrough in the early 1970s-as a founding member of the Mahavishnu Orchestra, and as a drummer/leader whose recordings (such as Spectrum) and powerful, complex style of play exerted a strong influence on the course of jazz and jazz-fusion-Billy Cobham has remained a tireless musical explorer.

Panamanian by birth, a New Yorker by upbringing, and a resident of Switzerland for more than 25 years, Cobham has pursued an ever-broadening, ever-deepening engagement with the world not only as a master drummer and percussionist but as a composer, producer, educator, and clinician who gives service through music even as he constantly expands his personal creative expression.

Cobham’s newest recording, Fruit from the Loom-released in April 2008 through his own imprint, Creative MultiMedia Concepts, Inc. (CMMC)-is a suitably wide-ranging representation of his roots and his journeys. He reprises two of his best-known compositions from the ’70s, “Spectrum” and “Crosswinds,” by incorporating violin on the former and steel pan on the latter. “I’ve always found it difficult to focus upon one direction in music,” Cobham notes, “so I’ve resigned myself to projecting ideas and thoughts through a musical kaleidoscope, from Latin to rock and jazz. This version of ‘Spectrum’ is a testament to that idea.”

On the new CD, he also utilizes a string quartet (on “Faia“) and percussion ensembles-with Cobham himself playing all the parts on “Samba du Militairestrasse” and Nigerian friends joining him on “Thoughts from Okuta.” Experiences from travels in Brazil are captured in “Eggshells Still on My Head” and “Florianapolis,” while the Bocas del Toro islands off the eastern coast of Panama-which Cobham describes as a place where “it is easy for me to relax and generally mellow out“-inspire the buoyant “Sweet Bocas.”

Cobham is also the centerpiece of a new 90-minute documentary by director Mika Kaurismäki entitled Sonic Mirror. The genesis of the film dates back to 2001, when Kaurismäki approached the drummer about producing a portrait of his life and times. “But then we started to think of other ways of doing it,” the director reveals. “We finally decided to do a film about Billy and some of his projects, focusing on rhythm and music as communication and universal language.”

To Cobham, the term “sonic mirror” means “a sound reflection of everything that I experience, or that one experiences, in music. It’s almost like a radio parabolic dish, where all of the radio signals come in, are processed, and reflected back to the presenter.”

The film, which takes place in Switzerland, New York, Salvador da Bahia (Brazil), and Helsinki (Finland) and which was released in April 2007, has screened at film festivals in Munich and Cologne, Germany; Rio de Janeiro and São Paulo, Brazil; Pusan, South Korea; Gijón, Spain; Adelaide, Australia; Guadalajara, Mexico; and Buenos Aires, Argentina. It’s also had a commercial release in France. A multiple-disc DVD release is currently in the works, focusing on the concert in Finland with Randy Brecker; Malê Debalê, a Bahian bloco afro; the Glarus concert (with Swiss musicians and yodeling choir); Okuta Percussion and Autistics; and the Okuta Percussion concert.

The Hollywood Reporter described Sonic Mirror as “a feel-good world music documentary with the potential to be the next Buena Vista Social Club.” But for Cobham, more fundamentally, “it verifies the value of music as an important factor in this world. If used for the greater good, it can be a powerful ally.”

Billy Cobham was born in Colón, Panama on May 16, 1944. The family relocated to the U.S. in the winter of ’47, living first in Harlem and then in the Bedford-Stuyvesant section of Brooklyn. “Music was all around me,” he recalls. “Primarily either Latin music-folclórico or típico, as they called it in Panama-or jazz.”

Cobham, whose first paying gig came at age eight, courtesy of his pianist father, cut his teeth on drumming as a member of St. Catherine’s Queensmen, a drum and bugle corps in St. Albans, Queens. He went on to attend New York’s famed High School of Music and Art, where he studied music theory and drum technique alongside some of today’s great musical legends, including trumpeter Jimmy Owens, bassist Eddie Gomez, and pianist Larry Willis. At the time, “jazz was a bit off-limits to students while classical music was preferred by the education establishment. So of course students craved to connect with jazz artists in any way that they could, be it chance encounters at school lectures or via LP recordings that they could study and eventually emulate.”

After military service, during which he played in the U.S. Army Band as percussionist (1965-68), Cobham began working in Horace Silver’s band. (While on a European tour with Silver in 1968 he became one of the first percussionists, along with Max Roach and Tony Williams, to use the Electronic Drum Controller made by the Meazzi Drum Company in Milan.) He also performed with Stanley Turrentine and Shirley Scott, and recorded with George Benson.

In 1969 Cobham co-founded the fusion group Dreams, which also featured Randy Brecker, Michael Brecker, John Abercrombie, Don Grolnick, Barry Rodgers, and Will Lee. The following year he was invited to join Miles Davis’s group and contributed to four pivotal recordings by the trumpeter, including Bitches Brew (where he collaborated with guitarist John McLaughlin) and Tribute to Jack Johnson.

Mahavishnu Orchestra was formed by McLaughlin in 1971 with Cobham, Jan Hammer, Jerry Goodman, and Rick Laird. They released three acclaimed albums (beginning with Inner Mounting Flame) before the band was dissolved and Cobham chose to launch his solo career with Spectrum, one of the definitive albums of the jazz-rock era.

During the 1970s and ’80s, he recorded steadily as a leader for Atlantic, CBS, Elektra, and GRP, collaborating with artists ranging from George Duke, John Scofield, and Tony Williams to Jack Bruce and the Grateful Dead, both on stage and in the studio.

Cobham was engaged by UNICEF in 1992 to work with autistic outpatients and street children in Santos (near São Paulo), Brazil, in a musical project of several years’ duration. “The street children fell into my realm of operations almost by chance, as it was not part of my original mandate,” he says. “But due to the unavoidable specter and shadow cast by so many little personalities with big hearts and so much time to ponder life without parental direction, it was inevitable that I would find myself working with them-some of the brightest minds harboring raw talent that I have ever witnessed to date. The shame of it all was that many would never have the opportunity to use their gift.”

In ’93 Cobham performed, recorded, and produced at the WOMAD Festival (World of Music, Arts and Dance) with Peter Gabriel, Nigeria’s Okuta Percussion, and Farafina from Burkina Faso. (His association with WOMAD continues to this day: over the last several years he’s conducted sessions in performance techniques at the University of Bath Spa in England, and he is now an Official Patron of WOMAD in Bath.)

Other highlights of the 1990s included touring and recording with Jazz Is Dead, Paradox, Nordic, and the London Jazz Orchestra; and development of the Conundrum book series, whose titles have music-minus-one capability that allow participants to play along on their specific instruments. (Drum set, piano, brass, woodwinds, bass, and guitar books are available through Alfred Music Publications in association with Rhythmatix Music, Ltd.)

By the start of the ’00s Cobham had introduced “The Art of Jazz” series, recording and touring extensively first with the Art of 3 (Kenny Barron, Ron Carter), then the Art of 4 (Carter, Donald Harrison, James Williams) and the Art of 5 (Harrison, Guy Barker, Eric Reed or Julian Joseph, Orlando Le Fleming). He also worked with Culture Mix (featuring steel pan player Junior Gill), recording two albums with them for CMMC (with distribution through In and Out Records), and in 2003 reactivated Spectrum as a band that revisits the music of that genre-reinventing album.

His current collaboration with the Cuban group Asere has been ongoing since their first performance together at the WOMAD Festival in Reading in 2002. A new CD, De Cuba y de Panamá, is due for summer 2008 release, and a DVD, A Latin Soul, directed by John Hollis, is already out. That package contains live concert footage, two documentaries, and a bonus CD with live and studio tracks. Cobham and Asere will be touring the U.K. this fall.

“It’s very, very interesting for me to hear this music and to play music like Mahavishnu Orchestra or even with Jack Bruce, but my approach is fundamentally the same,” the drummer observes. “It’s got a Latin root, and it kind of sets me off from everybody else. ”

“Music will tell the world who you are, based on what you present and how you present it. You can’t lie through this medium. ”

“Therefore I find myself trying again to connect the dots, to learn. Through this relationship with Asere and the music we make together, it’s helping me to connect. I’m reconnecting with my roots in Panama in order to see my future better through this clearer view of my past.”

And as with any artistic endeavor, the personal becomes the universal, and Billy Cobham’s most recent musical journey-back to his beginnings-will be shared and savored by his listeners around the world.

In 2011 Cobham began teaching drums online at The Jazz and Fusion Drum School.

In 2013, Cobham celebrated the 40th anniversary of the release of Spectrum CD by touring in USA, Canada and Europe with the Spectrum 40 Band. Also that year, Purple Pyramid Records released the Billy Cobham Compass Point two-CD set, recorded live at Compass Point hotel in the Bahamas in 1997, which was never released before.

Early 2014 marks the release of the much-anticipated Tales from the Skeleton Coast, which is the third instalment of the four recordings produced as a commemoration and celebration of Cobham’s mother and father, both of whom were musicians.

Cobham continues to develop his ingenious Extended Works series, a trailblazing musician exploration that will take shape in collaboration with local jazz orchestras around the world. This performance series will bring his critically acclaimed, widely appreciated material to the orchestral jazz stage, sharing his vast musical history with diverse audiences globally.

In the summer of 2014, Cobham released a live CD recording from last years’ celebrated Spectrum 40 tours, which dazzled audiences around the world in commemoration of the 40th anniversary of Spectrum CD, the defining album of the jazz-fusion genre. 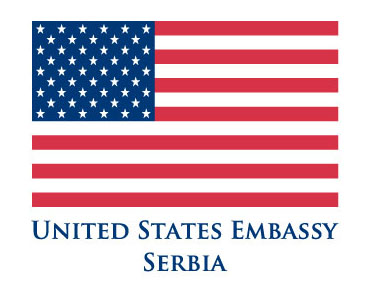