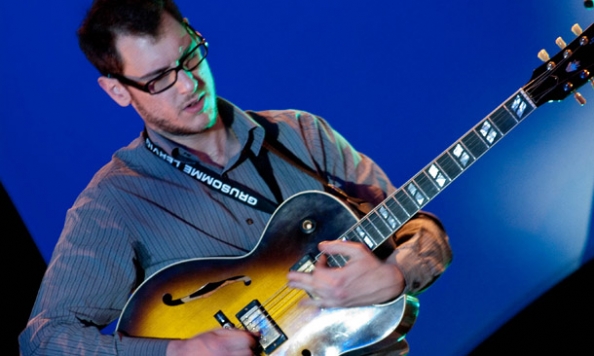 No Land’s Men, a bend composed of experienced musicians who come from different places and know no limits, neither physical nor musical, had its debut at the Mikser Festival 2013.

Once, at the break of the devastating Balkan Armageddon of the 1990s, a smart man said, commenting on the evident (at that time only partially perceivable) horrors that were ahead of us, that whatever happened in the near future, it should never be forgotten that the idea of cultural unity of the southern Balkans is much older and sensible than any of its false, cunning political twin sister. And here – in the early 2020s, it has become perfectly clear that it was a great truth. There are always people whose human and artistic curiosity neither knows nor recognises the current and temporary proclaimed divisions and whose hearts guide them in choosing where to go and who to meet with. This is how the member of the No Land’s Men project got together. Constantly seeking people who share their opinion and sensibility they have found a mutual musical language they use to communicate emotions and states, euphoria and depression, catchy rhythms and local music idioms. An entire universe of stories from the temporal and spatial interval – No Land’s Men. They don’t care who comes from where, and they have gathered from everywhere – Skopje, Belgrade, London, Split, Priština, Kruševac; they care neither about who has what qualification – there are painters, composers, architects and barbarogenius; they don’t even care who takes up which instrument at a given moment. They care about talking, understanding each other and feeling enthusiastic about the primeval language of pure emotions translated in ephemera of transient harmonies.