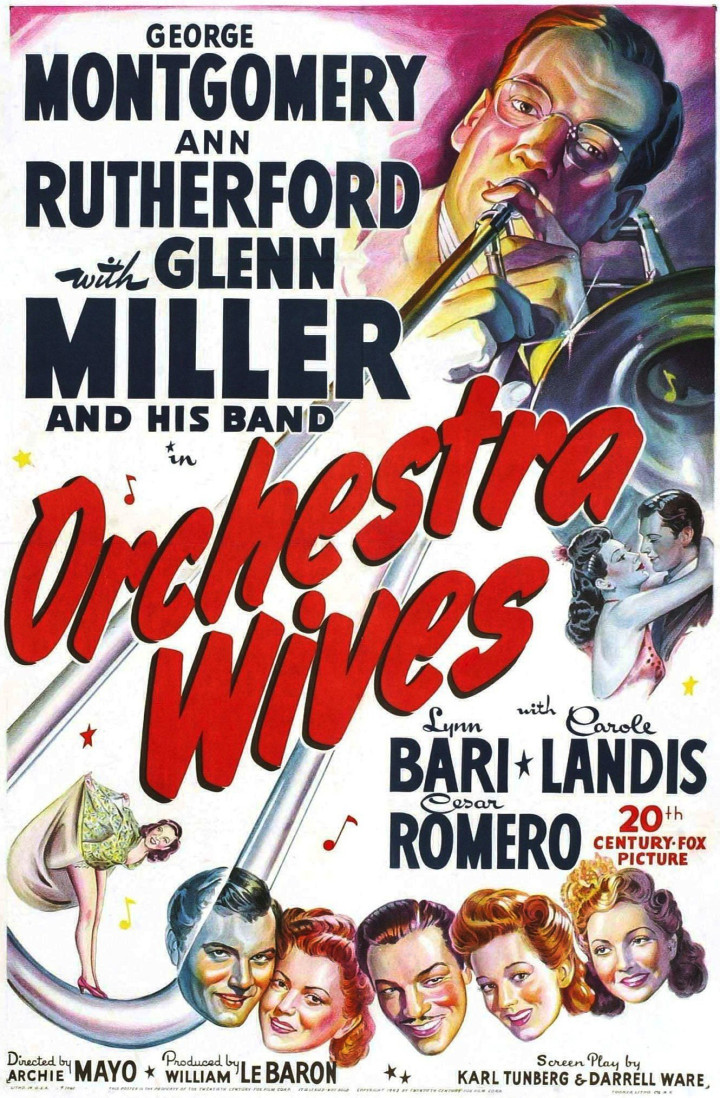 Orchestra Wives is a 1942 American musical film by 20th Century Fox starring Ann Rutherford, George Montgomery, and Glenn Miller. The film was the second and last film to feature The Glenn Miller Orchestra, and is notable among the many swing era musicals because its plot is more serious and realistic than the insubstantial storylines that were typical of the genre. The movie was re-released in 1954 by 20th Century Fox to tie-in with the biopic The Glenn Miller Story. Connie Ward (Ann Rutherford) is a young woman who on the spur of the moment marries Bill Abbott (George Montgomery), a trumpet player in Gene Morrison’s (Glenn Miller) swing band (Miller’s character was given a name with initials that matched Miller’s so that the band could use their monogrammed stainless-steel bandstands). She soon finds herself at odds with the cattiness and petty jealousies of the other band members’ spouses, as they accompany their husbands on their cross-country train tour. Her discomfort is exacerbated by a flirtation between Abbott and Jaynie (Lynn Bari), the band’s female vocalist. When Ward eventually walks out on Abbott, their split releases somany other tensions among the musicians and their wives, that leader Morrison is forced to break up the orchestra. Ward and the band’s pianist Sinjin (Cesar Romero) then work behind the scenes to reunite the band, which also produces reconciliation between Ward and Abbott (with additional help from Connie’s father (Grant Mitchell).